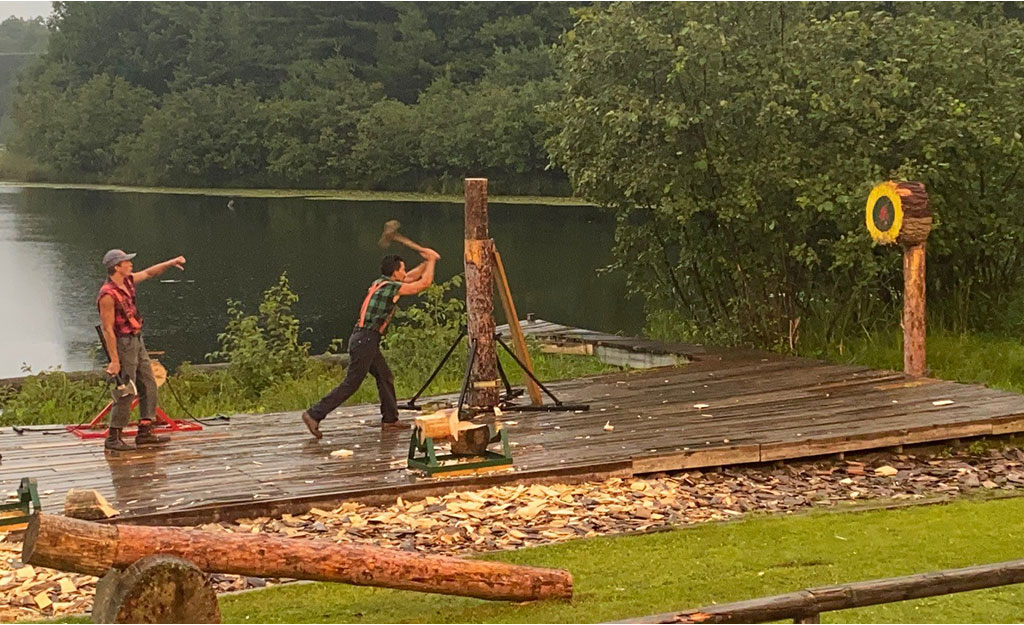 The Fred Sheer Lumberjack Show experience has been a tradition in the Northwoods of Wisconsin for over 40 years. Lumberjack shows are available in both Hayward, WI, and Woodruff, WI. The shows are a perfect blend of comedy, a bit of history, and packed with the thrill and excitement of competitive Lumberjack games. The competition is literally world-class, on the night we attended there were two world champion lumberjacks performing.

A little bit of history mixed into the event. We learned that lumberjacks worked the Northwoods of Wisconsin in the winters and would brand each log with their personal brand then set it on the frozen river. When Spring came and the ice thawed the logs would be brought down the river and they would be paid by the count of logs with their brand. We were told lumberjacks often would brag about being the best lumberjack and the only way to prove it was a challenge, this challenge is what is emulated in the Lumberjack shows.

Shortly after the event begins the audience was divided into two teams supporting either the Green Team of Lumberjacks or the Red team of lumberjacks. We cheered them on with cries of Yo Ho as they competed in a variety of events including Axe throwing, log rolling, boom-run, canoe jousting, and pole climbing races. We were in awe of the ease at which they chopped through logs, climbed log poles, or did the boom-run across logs in the lake.

Cameron Pilgreen, 2022 World Champion Boom-Runner, was on our Red Team and showed us why he is the World Champion as he expertly scrambled across five logs to earn our team an important point.

The shows are rain or shine. There was a strong rain the night we attended, we enjoyed staying dry under the covered seating while the rain appeared to have no ill effect on the lumberjacks, a hearty bunch for sure. A Fred Scheer Lumberjack Show is great family entertainment. My twelve-year-old and I were laughing and enjoying the Yo Ho chant to support our side. I noticed kids and adults of all ages were equally enjoying the show. 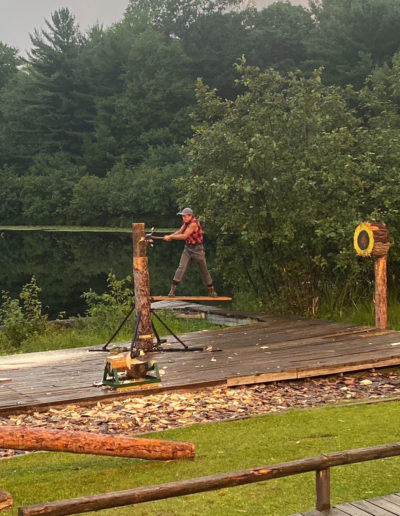 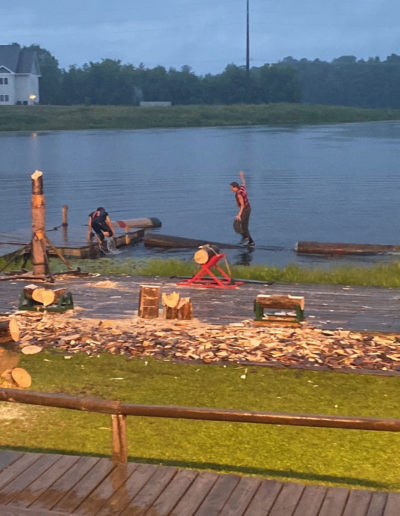 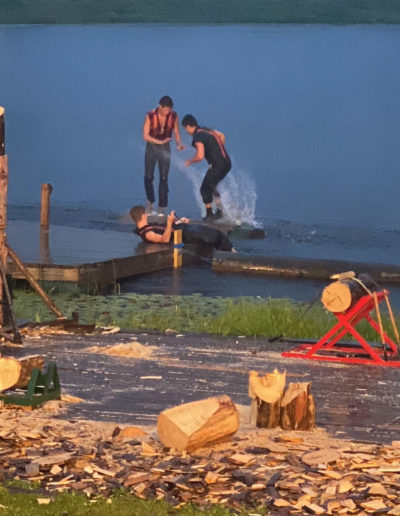 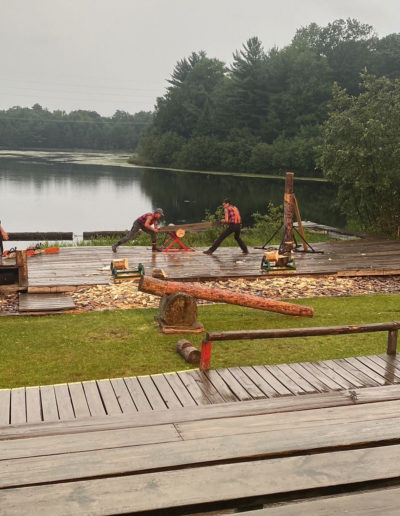 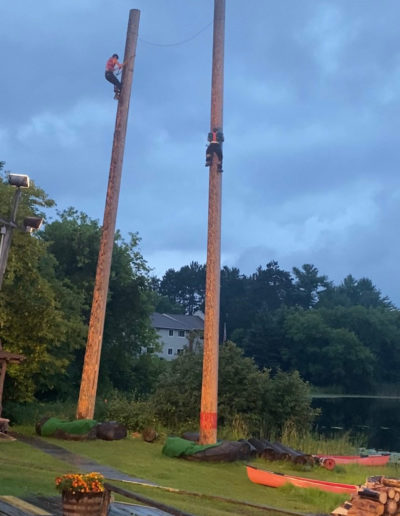 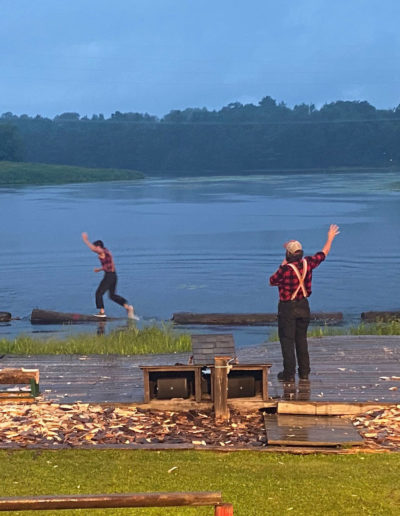